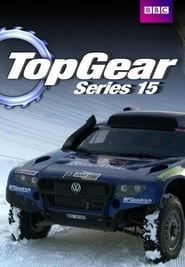 Top Gear returned for a 15th series, aired on BBC Two and BBC HD, on 27 June 2010, and concluded on 1 August 2010, with the usual presenting team of Jeremy Clarkson, Richard Hammond, James May and The Stig. Prior to the series, the channel advertised the show’s return by featuring a home video originally published to YouTube. In the clip, the parents of a young boy see the Top Gear crew filming the motorhome challenge. The over-excited responses of the parents were adapted to produce the trailer. Several segments which were recorded for the series were missed out, including Jeremy travelling from the most westerly point at sunset to the most easterly point at sunrise in the new Jaguar XJ, and the return of Jonathan Ross to the reasonably priced car. The series was followed by two “Best Of Top Gear” specials, charting the best moments from the series.