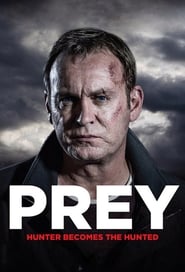 David Murdoch is a middle-aged prison officer; widowed, living alone, he has one grown up daughter, Lucy, who is pregnant. She is his world. When Jules Hope, an inmate at HMP Ravenhill Prison, is taken ill, it’s Murdoch who escorts her to hospital. While Jules is waiting for treatment, Murdoch gets a phone call with an ultimatum that turns his life upside down. If Murdoch wants to see his daughter again, he must break Jules out of hospital and deliver her to the man holding Lucy captive. If he talks to the police, Lucy will die. Murdoch knows he has no choice but to comply. But when the plan goes awry he is forced to take matters into his own hands. Pursued by DS Susan Reinhardt (Rosie Cavaliero), Murdoch finds himself in a race against time to evade the law and save his daughter’s life.