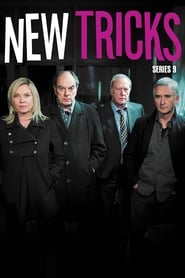 Detective Superintendent Sandra Pullman heads The Unsolved Crime and Open Case Squad (UCOS), cracking previously unsolved crimes from the past. Her team are ex policemen who have opted for early retirement. In series nine Jack Halford deals a devastating blow to UCOS – he’s quitting. But before the team can question the reasons behind his decision and persuade him to stay, shadowy Whitehall Intelligence figure Stephen Fisher arrives with one of his secret cases, the unsolved murder of a woman dating back 100 years. UCOS have just 24 hours to solve it.