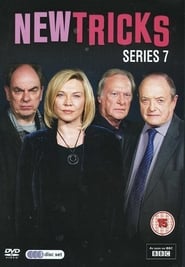 James Bolam, Alun Armstong, and Dennis Waterman are old dogs trying to learn some new tricks. The veteran actors team up in this new police drama playing retired detectives with wildly different personalities who are recalled to duty to form a special unit investigating unsolved crimes. However, their tried-and-tested ways of solving crimes don’t always mesh with 21st-century policing. Amanda Redman also stars as the unit’s reluctant commander, assigned to the team after an embarrassing incident halted her ambitious career plans. Needing to redeem herself in the eyes of her superiors, she runs a tight ship — and that leads to clashes with the very unconventional older trio whom she commands.