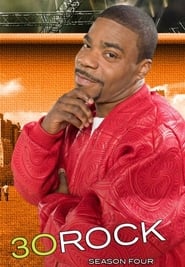 The fourth season of 30 Rock, an American television comedy series, consists of 22 episodes and began airing on October 15, 2009, on the NBC network in the United States. The season was produced by Broadway Video, Little Stranger, and NBC Universal; the executive producers were series creator Tina Fey, Lorne Michaels, Marci Klein, David Miner, and Robert Carlock. 30 Rock is centered on The Girlie Show with Tracy Jordan, a fictional sketch comedy series, and its head writer Liz Lemon, portrayed by Fey. The series follows Lemon as she juggles her job and her personal life. Early in the season Jack Donaghy and Liz work to find a new cast member for TGS. The season also sees NBC being purchased by the fictional company Kabletown, a fictionalized depiction of the acquisition of NBC Universal by cable company Comcast. Additionally, Liz has an ongoing relationship with a man she thought might be her “Future Husband” later in the season. During the 2009–2010 upfront presentation on May 19, 2009, NBC announced that the show’s fourth season, following the precedent set by its third season, would premiere several weeks behind the rest of the network’s Thursday night lineup following a multi-week run of Saturday Night Live Weekend Update Thursday specials. On June 25, NBC released its full fall premiere schedule, with 30 Rock returning on October 15, 2009. The fourth season aired under NBC’s promotional banner “Comedy Night Done Right” on Thursdays at 9:30 p.m. Eastern Time. The season drew 15 Primetime Emmy Award nominations, down from its previous record breaking totals of 17 and 22 in the second and third seasons, respectively. The season was released on DVD in the United States on September 21, 2010, as a three-disc set.