IMDb: 7.7 2016 7 views
Former British soldier Jonathan Pine navigates the shadowy recesses of Whitehall and Washington where an unholy alliance operates between the ...
CrimeDramaMystery

IMDb: 8.1 2015 47 views
Six years before Saul Goodman meets Walter White. We meet him when the man who will become Saul Goodman is known as Jimmy McGill, a small-time ...
ComedyCrimeDrama 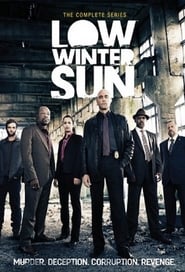 IMDb: 8.5 2008 36 views
When Walter White, a New Mexico chemistry teacher, is diagnosed with Stage III cancer and given a prognosis of only two years left to live. He ...
Drama