Bea Smith is taken to gaol after attempting to murder her violent, rapist husband and is immediately taken in by the lesbian, drug-dealer, Franky Doyle. Liz Birdsworth and Doreen Anderson also befriend Bea, however a slip of the tongue turns Doreen against her. Governor Meg Jackson is becoming increasingly suspicious about the ladies and their ways of bringing crystal meth into the gaol. Deputy Governor Vera Bennett makes Meg look incompetent towards lawyer, Erica Davidson. Jacs Holt is released from solitary and reignites her rivalry with Franky. After making up, Doreen leaves her daughter Kaiya with Bea during a riot caused by Jacs and Franky. When Kaiya runs off, Bea follows after her. After Matt Fletcher and Will Jackson – Meg’s husband – break up the riot, they find a lifeless Meg lying in the hallway, stabbed with a blood-soaked Bea standing over her. 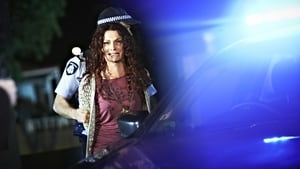