“Gentleman’s Intermission” is the sixth episode of the fifth season of the American television comedy series 30 Rock, and the 86th overall episode of the series. It was written by co-executive producer John Riggi and directed by series producer Don Scardino. The episode originally aired on the National Broadcasting Company network in the United States on November 4, 2010. Elizabeth Banks and Buck Henry guest star in this episode, and there are cameo appearances by Ann Curry, Lester Holt, and Meredith Vieira. In the episode, Avery Jessup becomes suspicious of the relationship her fiancé Jack Donaghy has with his employee and friend Liz Lemon, so she orders Jack to set boundaries in their friendship. This proves a problem for Liz when her father, Dick Lemon arrives in town on a break from his marriage. Meanwhile, actor Tracy Jordan is upset when he discovers that his pre-recorded NBC obituary shows him to have done nothing worthwhile in his life, whilst Jenna Maroney learns of the video obituaries, she decides to make a video of her own. The episode received generally good reviews from television critics, especially in regard to guest star Buck Henry. According to Nielsen Media Research, “Gentleman’s Intermission” was watched by 5.311 million viewers during its original broadcast and received a 2.4 rating/7 share among adults aged 18–49. 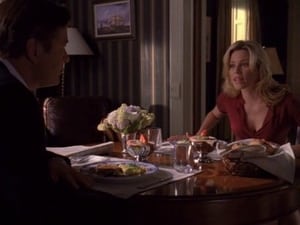