“Plan B” is the eighteenth episode of the fifth season of the American television comedy series 30 Rock, and the 98th overall episode of the series. It was directed by the show’s composer and producer Jeff Richmond, and written by Josh Siegal & Dylan Morgan. The episode originally aired on the National Broadcasting Company network in the United States on March 24, 2011. Guest stars include Ken Howard, Aaron Sorkin and Will Arnett. In the episode, Liz Lemon discovers that without Tracy Jordan, NBC is putting TGS on a forced hiatus. However, when she passes on the news to the cast and crew, they all assume that the show will be cancelled and turn to their backup plans, leading Liz to wonder about her own. Meanwhile, Jack Donaghy is forced to hire his nemesis Devon Banks in order to turn around his disastrous acquisition of TWINKS, a network for gay men. According to Nielsen Media Research, “Plan B” was watched by 4.359 million viewers during its original broadcast and received a 1.9 rating/5 share among adults aged 18–49. 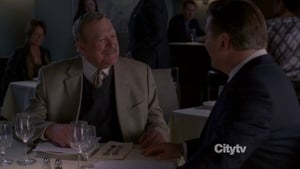