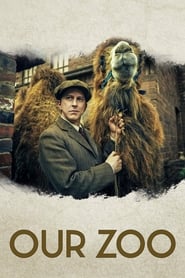 IMDb: 7.3 2014 45 views
The story of George, who being frustrated by memories of fighting in the great war and living with his extended family, wants to bring more ...
Drama

IMDb: 9 2011 25 views
The Café is a British sitcom written by and starring Ralf Little and Michelle Terry broadcast by Sky1.
Comedy

IMDb: 8 2010 12 views
Married Single Other is a British television drama created and written by Peter Souter. The series is based on the lives of group of people who ...
ComedyDrama